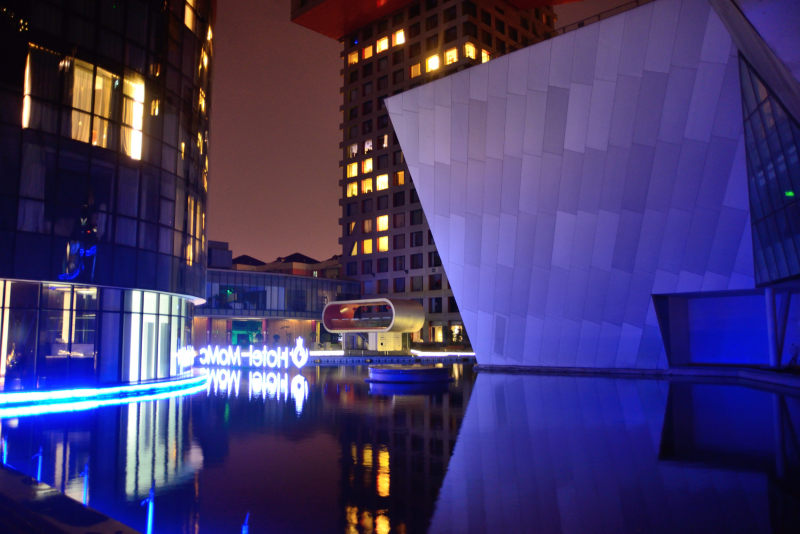 Broadway Cinematheque MOMA（bc MOMA) is the first art-house cinema under Broadway Circuit in mainland China. Situated in Beijing, it officially opened in December 2009. It is operated and managed by production company and distributor EDKO Films Ltd. It inhabits three screens with a total number of 400 seats and since 2001 the Kubrick café-bookstore has been part of the bc MOMA as well, where cultural events are held at. The cinema's aim is to promoting film culture, showcasing internationally acclaimed films from overseas and local, while supporting emerging new Chinese film makers.

bc MOMA is located inside the so-called Linked Hybrid building complex designed by architect Steven Holl. The cinema is situated in the center of the building complex surrounded by ponds. Its metallic outer wall can be used as screens for projecting movie trailers at night, the images of which are able to be reflected onto the water.