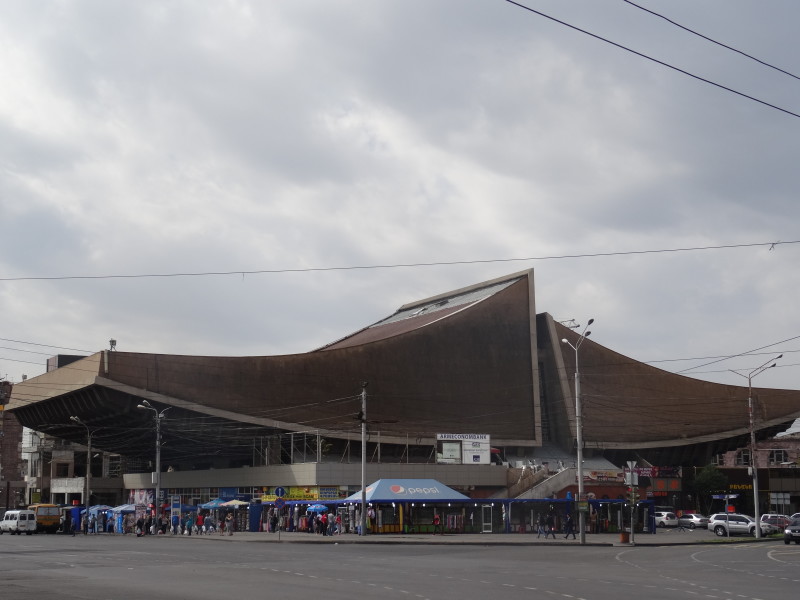 The Rossiya Cinema was a former cinema. It is now demolished and predominantly used as a mall.

Constructed between 1968 and 1975, it was supposedly the largest cinema in Armenia with 2500 seats. It was planned by Armenian architects Spartak Khachikyan, Hrachik Poghosyan, and Artur Tarkhanyan. The name of the cinema later changed to Soviets Rossiya and Aryarat. The architectural style was supposed to resemble the lower and higher peaks of Mount Ararat. The cinema was abandoned after the collapse of the Soviet Union. From the 1990s on, the former cinema has become a shopping mall.