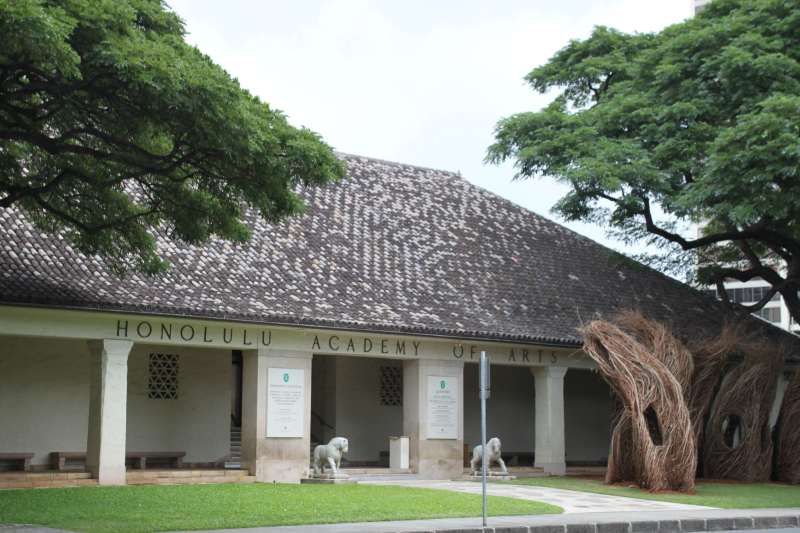 Facade of the Honolulu Academy of Arts

The Doris Duke Theatre is a venue in Honolulu for independent, documentary and international films. It also hosts concerts, lectures and performances. It is located in the building of the Honolulu Academy of Arts which was founded in 1927 by Anna Rice Cooke. It is Hawaii's only encyclopedic art museum. The building was designed by the New York architect Bertram Goodhue who combined Hawaiian, Chinese and Mediterranean architectural elements in it.