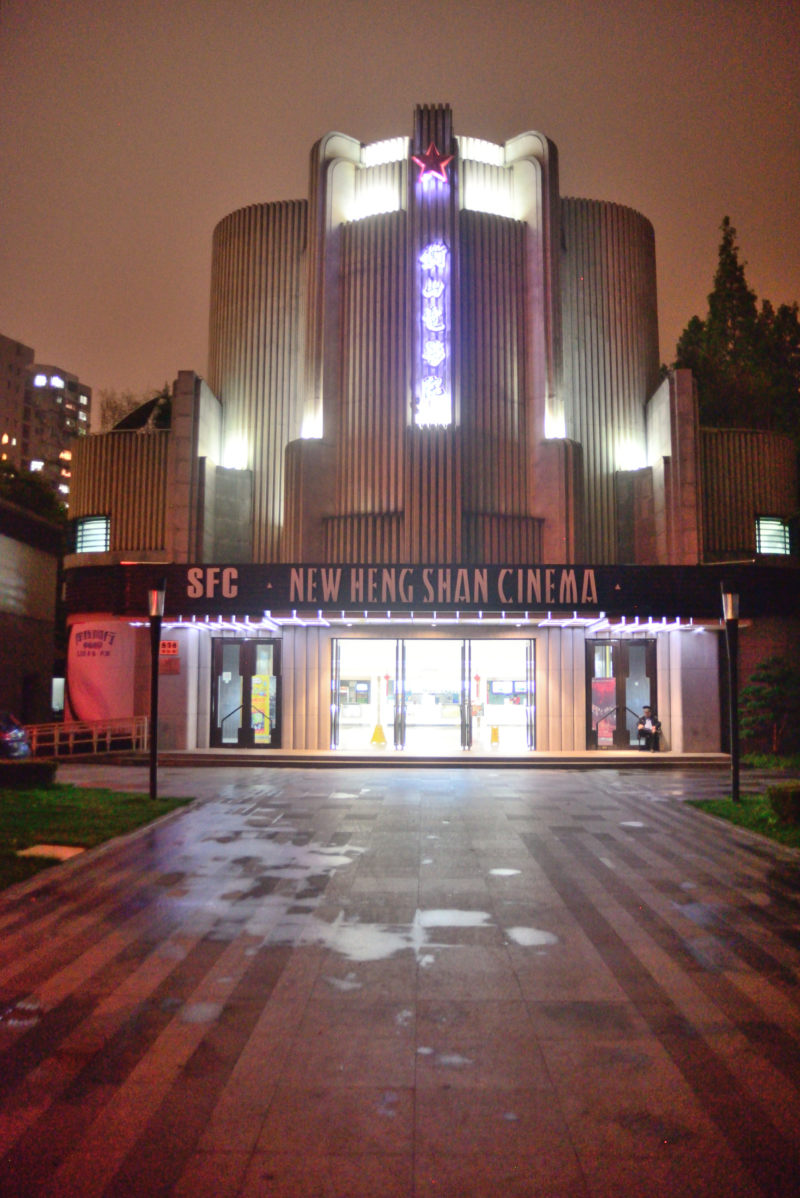 The New Hengshan Cinema first opened in 1951. It was the first cinema to be built in Shanghai after the establishment of the People's Republic of China, when 300,000 RMB were invested in its construction. The current cinema has been remodelled for the Shanghai Expo in 2010. It is characterized by an Art Deco facade and a distinct Soviet flavour. The cinema has three screens and 700 seats in total. In the New Hengshan Cinema national releases are shown.