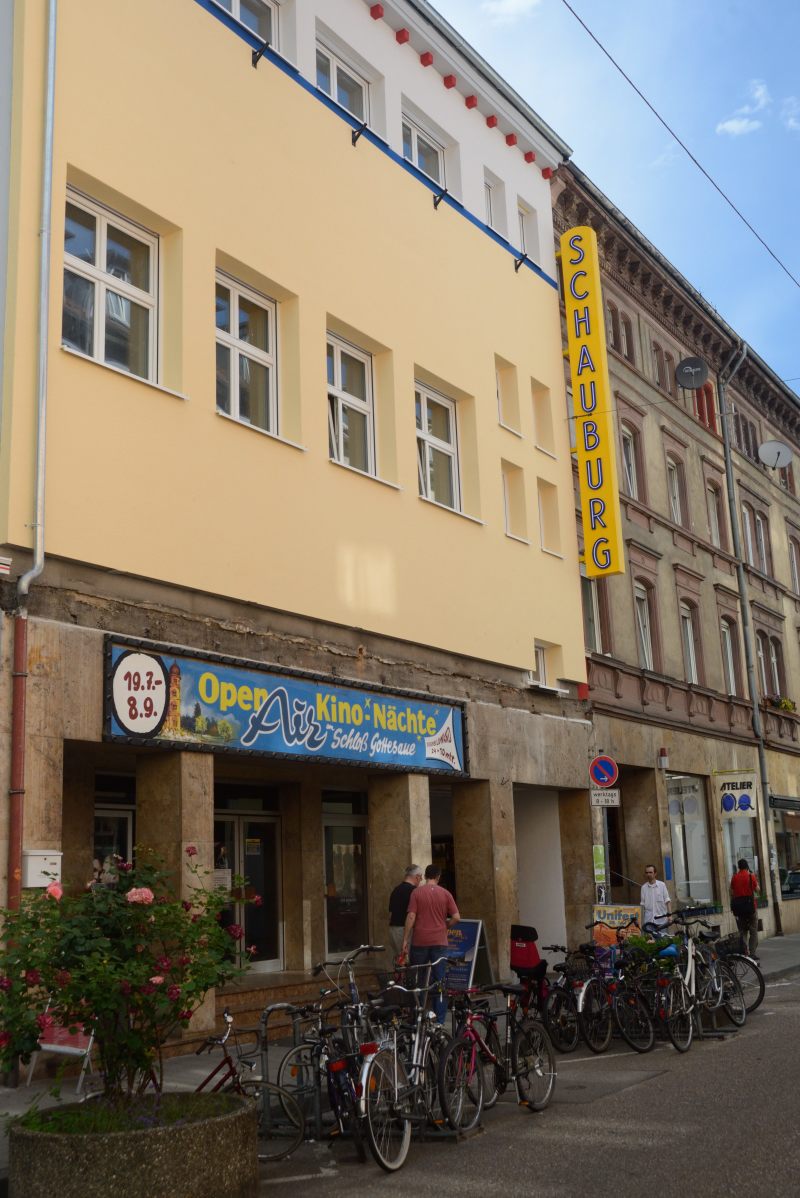 The Schauburg is the oldest cinema in Germany's south-western city of Karlsruhe. Based on the "Apollo-Varietétheater" that was founded in 1902 and also screened black-and-white movies, it was opened as a cinema by Willy Mansbacher in 1929, who had to emigrate in 1937. During the Second World War, the cinema due to its geographic location next to the central station was completely destroyed. It was re-built three years after the war mainly out of rubble stones with financial support of Americans and the city of Karlsruhe. After payment difficulties during the 60s, change of tenant and owner, the Schauburg developed a reputation as arthouse cinema during the 70s. It currently hosts three cinema halls: "Schauburg-Cinerama" (350 seats), "Cinema" (150 seats) and "Bambi" (61 seats). The biggest hall is characterized by its curved screen and a theater stage. The Schauburg also broadcasts performances of the METropolitan Opera, NY, hosts festivals such as the 70mm Todd-AO Festival and Independent Days. It also organizes cult sneaks and outdoor screenings at "Schloss Gottesaue". Architecturally astonishing inside is the stairwell from the 1950s with curved opposite stairs (under monument protection).