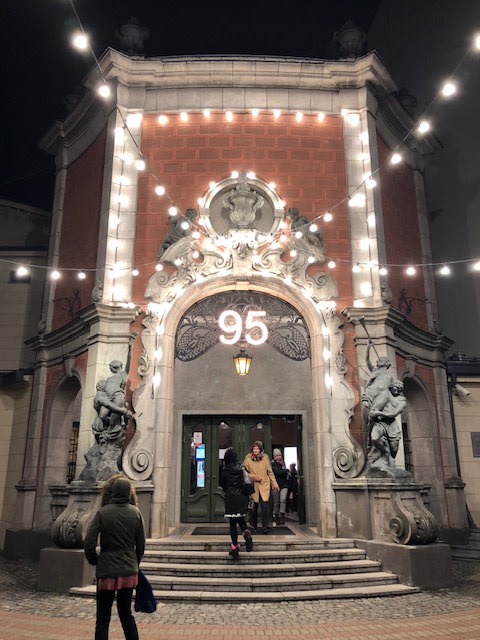 This is the first building in Riga, which was built specifically for the installation of a cinema. At that time there were 824 spectator seats. The design of the cinema was designed by the architect Friedrich Karl Skujin as the first ferro-concrete construction in Riga. It has a neo-baroque facade and neo-rococo elements interior. The decorations in the Great Hall were made by sculptors Rihards Maurs and Jacob Legzdiņš. The walls and ceilings are painted by Herman Grīnbergs. Splendid Palace Opening with Todd Browning film Under two flags took place on 30 December 1923. In 1952 the cinema was renamed Riga. In October 1929, the first soundtrack was shown at this cinema, Baltics Singing fool. In 1969 a theater Spartak was built, which today is the Small Hall of the cinema. In 2011, the cinema regained its historical name.

From 2006 to 2010, a reconstruction took place in the cinema, during which the interior and modernized cinema equipment were renovated. Splendid Palace has two halls: the Great Hall with 566 seats and the Small Hall with 206 seats.

Since 1994, the cinema has been featured in the European cinema association Europa Cinemas, since 2007 - Art Cinema Association of Art Cinema.