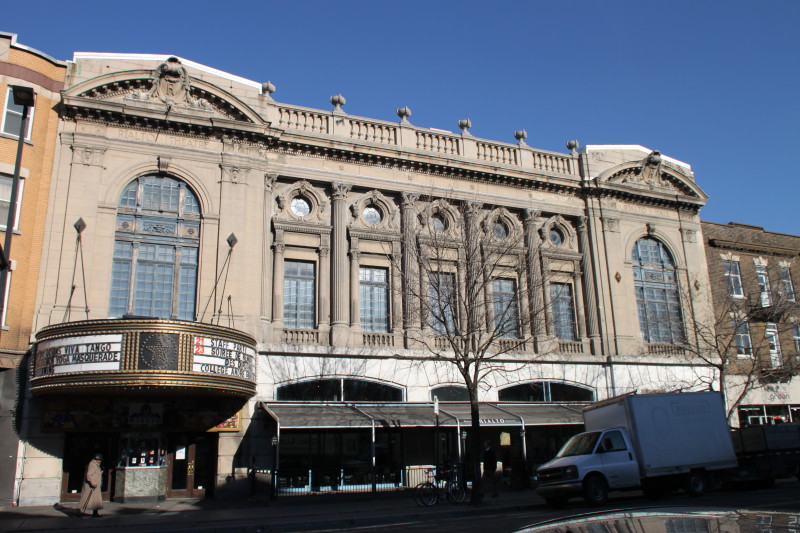 Facade of the Rialto Threatre, Montréal

Originally a neighbourhood movie theatre, the Rialto Theatre was built in 1923/24 according to plans by Montreal architect Raoul Gariépy. The Beaux Arts façade was inspired by the Paris Opera while the neo-baroque interior features a rich décor signed Emmanuel Briffa. The Rialto Theatre was designated as a Historical Monument by the City of Montreal in 1988 and by the Government of Quebec in 1990. It is also a National Historic Site of Canada since 1993. While in former times people went there to watch silent films accompanied by the live music of an orchestra, nowadays people mainly visit to enjoy performing arts (e.g. live music, dance).